Celebrating Christmas and Our Employees 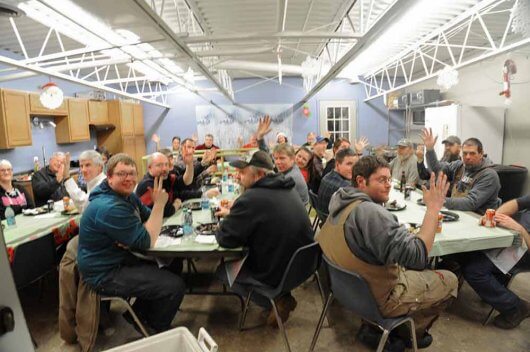 Christmas at SJF is a time for celebration, not only because of the holiday season but because it is when we recognize the outstanding employees that make us what we are today.

Each year, SJF recognizes the sales team members with Sales Achievement Awards for their hard work and dedication over the last year. In addition, SJF awards Service Awards to employees celebrating a work anniversary for their many years of service. 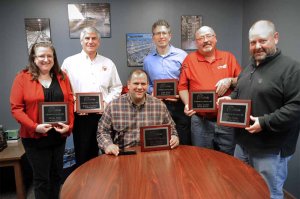 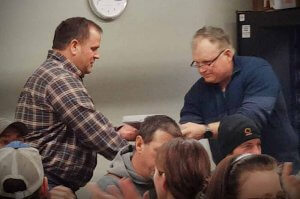 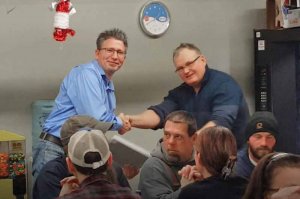 Dedication and commitment are highly valued in any capacity, but in an employee is a special thing. SJF is proud to award the following staff members with Service Awards for their years of dedication:

All the good eats!

Staff and Frank (and Jason too) preparing the awards.

Rhonda Remer received both a Sales and Service Award.

Hello from all of us at SJF Material Handling Inc.