Jerry Sterner Passes Away at 87 Years 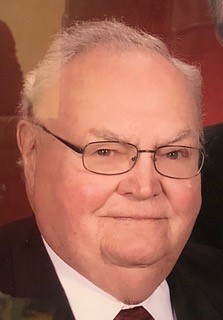 The Sterner family, along with the SJF Material Handling family, are deeply saddened to inform our clients, friends and partners of the passing of our founder, Gerald “Jerry” Sterner on Wednesday, January 10th at the age of 87. He passed shortly after being diagnosed with pancreatic cancer.

Jerry opened the business in 1979 as SJ&F Enterprises and was a very active participant in every facet of the business until his retirement, where he turned the reigns full-time over to his sons.

He was a huge sports fan and especially enjoyed watching the Minnesota Timberwolves. He was an avid hunter and fisherman and was active in many community organizations prior to health problems. He also enjoyed extensive traveling all over the world with his wife Veronica, including The Holy Land.

Jerry was an excellent businessman and was generous and highly respected by his employees. There are many, many stories of his adventures still being shared at SJF, from driving misadventures to rolling up his sleeves and working right along with the employees. He will be greatly missed!

Memorial Mass of Christian Burial will be held Monday, January 15, 2018, 11:00 AM at St. Victoria Catholic Church, 8228 Victoria Drive, Victoria, with Father Robert White presiding. The family will receive friends 10 – 11 AM at the church. The internment will be held at a later date at Holy Trinity Catholic Cemetery, Winsted.

Jerry was born October 23, 1930 in New Germany, MN, to Frank and Anna (Schmidt) Sterner, one of 6 children. He graduated from Waconia High School in 1948. On June 20, 1953 he married Veronica Mallak at St. Adalbert’s Catholic Church in Silver Lake, MN. They had five sons, two which they lost in infancy. Jerry was proprietor of Sterner Lighting, Sterner Industries, and SJF Material Handling of Winsted, MN. He was a resident of Winsted before moving to Victoria, MN. Jerry was a member the Knights of Columbus, the Catholic Order of Foresters, Winsted American Legion, and St. Victoria Catholic Church. His catholic faith was very important to him. He always wanted his family to work together. He enjoyed sports, golf, fishing, hunting and being with family and friends.

He was preceded in death by his infant sons, Gerald and Jerome, parents, and brothers, Leander and Joe.