The material handling industry, as discussed in this article, represents a whopping 50-billion dollar/year business in the U.S. alone. Even so, very few people know everything necessary to make optimal buying decisions. Some people in the industry like it this way, but in this article, I’ll reveal some of the secrets these dealers don’t want you to know. I have been in this industry for over 30 years and I have learned many things that I think you, the customer, ought to know. Though I wont tell you what decision to make, I’ll give you the tools to make the right decision.

1: If it looks too good to be true, it probably is. 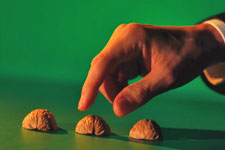 The majority of material handling dealers are honest people who know their business inside and out. They are true professionals, which means they know their craft. They buy and sell this equipment every day. Chances are, you don’t. They know the equipment like they know their own name. Chances are, you don’t. Don’t ever expect them to under-price what they own. I can not reiterate strongly enough that any top-notch, reputable material handling dealer is not in the business of giving stuff away. Why should they? If they are good, they don’t have to.

If you remember anything from this article, please remember this little piece of advice.

If you’re being told you’re buying a Cadillac, expect to pay Cadillac prices. If you’re not, it’s not a Cadillac – plain & simple. Again, the top people in this business simply do not give away their goods and services. If somebody claims you’re getting something for nothing, look at the reason, because I’d venture to say you’re not getting all the facts.

If you have five bids of approximately the same amount and one that is considerably lower, it is far more likely that the low bidder is not bidding apples against apples – either that, or his tree is missing a lot of fruit. Do your homework. Make sure the suspiciously low bidder isn’t leaving out key components or services to get your order. Before you accept that low bid, ask for a written guarantee on both price and performance. If they balk at this or say they will work it out as they go, walk away. 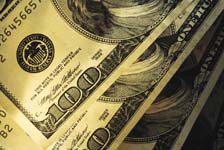 In order to justify its higher cost, now equipment must have a longer useful life. Of course, if the new equipment offers substantially greater productivity than the used alternative, this may be reduced to some extent, but there is usually at least some increase in payback time when you buy new. Before you accept this longer period, ask yourself to questions:

3: Some dealers are looking for a relationship – others for a one-night stand. 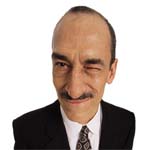 I once actually heard a major east-coast equipment dealer say that he didn’t care about establishing a relationship with a customer, because, according to him, there were “plenty more out there.” Actually, that’s not true. That is the nice version of the story. The real quote went something like this:

“The hell with busting my a$$ to satisfy some damn whining customer. My goal in life is simply to sell to everybody….Once!”

He was someone I had respected until I heard those words come out of his mouth. After that day, I thought “what a total idiot.” I still do! The bottom line is that, after hearing that, I wouldn’t ever want to do business with that man again. You shouldn’t either.

Some people will tell you whatever you want to hear to sell you once. The secret is not to make decisions strictly based on pricing and promises. Make sure this is a person you want to work with. Take the time to ask for references and look at testimonials from past customers. Make sure that whoever you’re dealing with on your next project is in it for the long haul. If they have a history of doing it with others, then chances are they will do the same for you if given the opportunity. Building long-term relationships with suppliers was getting to be a lost art, but fortunately is making a strong comeback. When you’re sincere and up front with your suppliers, the good ones will recognize your sincerity and go the extra mile for you just about every time. The best projects I have ever been involved with were designed from day one to be win/win for both sides. It’s this kind of attitude and commitment that transforms individuals into teams who almost magically seem to get inspired working 24/7 to make projects the very best they can be.

4: Just because he’s selling it doesn’t mean he owns it!

Don’t just look at the equipment. Verify who owns it. If you don’t things could get complicated. Some people broker equipment and represent it as theirs. Just because a person has access to a facility to show potential buyers the material does not mean they own anything. Again, simply use common sense and really take the time to verify who owns the equipment before you pay anybody anything.

5: Check the small stuff. It may not stay small forever. 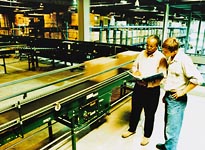 Experienced dealers and buyers know the little things to look for – the ones that are easily fixed now, but that can warn of potential problems ahead. When dealing with air accumulation conveyors, for example, you need to see if rubber diaphragms and plastic hoses have been replaced. In most cases, this is the equipment that is most likely to fail when the system is dismantled and reinstalled. A qualified refurbisher or reseller will know these things and take care of them without you asking.

One of the reasons that the used equipment market is in decline while the reconditioned market is booming is that warehouses are no longer a dingy back-room operation. Most of them are clean, well lit, and frequently they are a part of the operation visible to the customer. Appearance is important. Unfortunately, this new awareness of appearance has resulted in some used equipment dealers slapping a new coat of paint on something and calling it reconditioned. Don’t settle for a new paint job. Instead, ask your dealer the following questions: